How to Defend your Network from DDoS Attacks

First of all, what is a DDOS attack? DDoS stands for Distributed Denial-of-Service and the way it works is that an attack in which multiple compromised computer systems attack a target, such as a server, website or other network resource, and cause a denial of service for users of the targeted resource. These flooding attacks can cripple a corporate network and bring it to a near stand-still or block users from being able to access certain systems or applications. Many attackers use DDOS as a smokescreen to distract IT staff while inserting malware to breach bank accounts or customer data resulting in theft of funds, data or intellectual property. The average cost per hour of a DDOS attack on a financial company can exceed $100,000.

How do you defend against a DDOS attack?

A DDoS Mitigation Service is an ideal solution for customers with critical ecommerce websites, critical customer-facing websites, financial information, or any other industries with significant assets tied to the availability of the Internet infrastructure or an external website. DDoS Mitigation service minimizes the impact of DDoS attacks by detecting "bad" traffic and redirecting it way from a network and keeping the "good" traffic flowing.

A cloud based DDoS Mitigation service does the following: 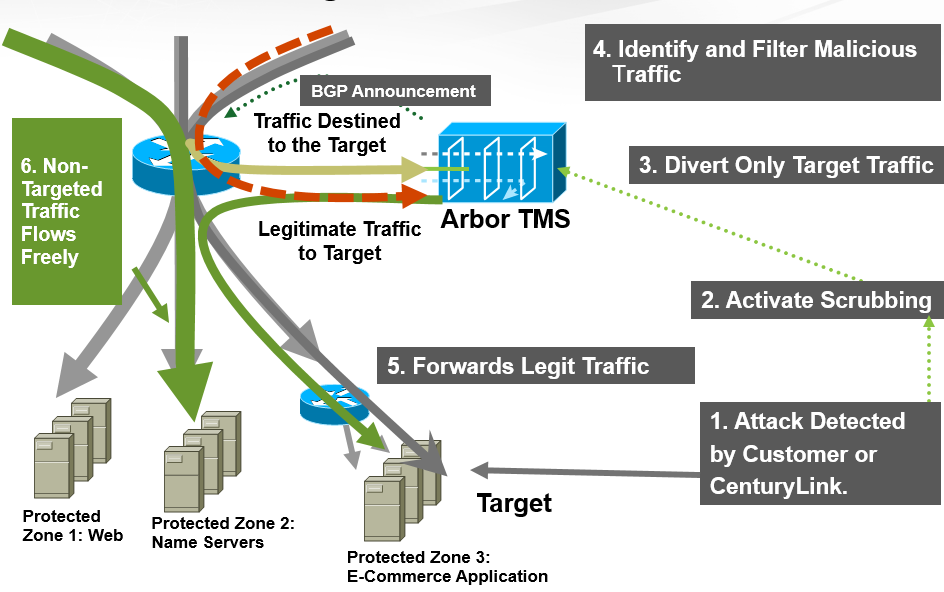 We recommend a mitigation service rather than a traditional IDS/IPS because...

Being on the receiving end of a DDoS attack is practically impossible to prevent. However, the business impact of these attacks can be minimized through some core information security practices, including performing ongoing security assessments to look for -- and resolve -- denial of service-related vulnerabilities and using network security controls, including services from cloud-based vendors specializing in responding to DDoS attacks.

Download our free Ebook 5 Simple things you can do to Improve your Network Security.

← Cyber-security Firewall Review Is your IT Infrastructure Secure? →